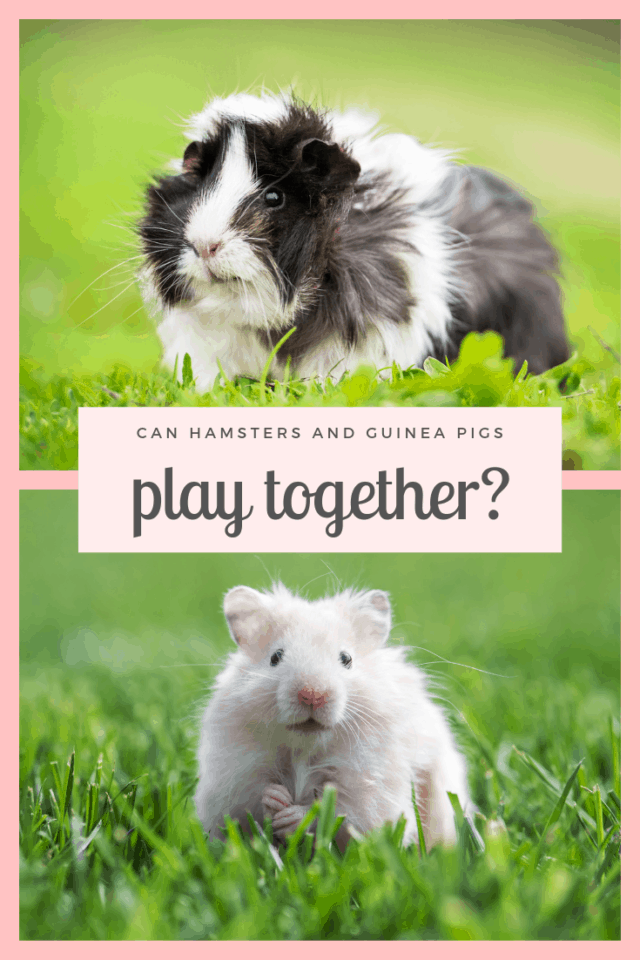 You love hamsters, you love guinea pigs, but will they love each other?

You want to open your home to a hamster or guinea pig but is it safe for them to share their homes with each other? You may be surprised to learn that although both are rodents, guinea pigs and hamsters have very little in common.

You might be wondering, can hamsters and guinea pigs play together? Nope, guinea pigs and hamsters have entirely different sets of needs and preferences. Even if your plan is to keep them in separate cages, playtime together can be highly risky. What’s good for the piggy is not good for the hamster. It’s best to keep them apart. Let’s dig into this a little more.

In what ways are hamsters and guinea pigs different?

As rodents, both guinea pigs and hamsters have continuously growing teeth, are territorial, and like to eat veggies and fruits.

That’s about where the similarities end, however.

Though the general public may confuse guinea pigs and hamsters, even using the terms interchangeably, they are very different.

Starting with the basics, though hamsters are tiny in comparison to guinea pigs, they can be fierce and territorial. A guinea pig will likely feel frightened of a hamster who will either annoy or potentially harm them.

Their bodies are shaped for different forms of play as well. Hamsters are small and energetic and love to climb, burrow and can run safely in a plastic ball.

Guinea pigs, on the other hand, can be injured if placed on a ‘hamster wheel’ or in a plastic ball. These structures force guinea pigs to arch their spines in an unnatural way.

Both guinea pigs and hamsters have poor vision, yet hamsters are agile and adept at using their tiny paws to climb. Guinea pigs are not climbers at all. In fact, they can easily fall from elevated surfaces and risk injury.

Guinea pigs can be social with other guinea pigs or in some cases with rabbits, they do not typically take an interest in hamsters. They are herd animals, while hamsters are solitary. We already know hamsters and mice do not get along.

Hamsters are nocturnal while guinea pigs are not.

Hamsters do not like sharing their enclosures with other animals, even other hamsters. A piggy in their play area can cause stress and aggression.

Never place a hamster or guinea pig into the cage of another animal. To do this is to set the stage for fighting as rodents are territorial.

Even on ‘neutral ground’ or in a play area, this combination can be a recipe for disaster.

Your hamster can injure the guinea pig. Both can cause each other stress and anxiety because they are not compatible.

Theoretically, because of their size a guinea pig could potentially harm a hamster as well though most accounts are of risk being reversed.

While there are exceptions to every rule, consider whether it is worth the risk of stress or injury to try to prove that your piggy and hamster can have a bond that defies the odds.

Likewise, for every one person who posts a success story of hamster and cavy camaraderie online, there are many more who have horror stories and injured animals. It’s just not worth the potential danger to place guinea pigs and hamsters together.

I have had guinea pigs and hamsters at the same time and successfully was able to give attention and care to each without placing them in the same habitat or play area. Make sure to escape proof your hamster’s enclosure (they’re good climbers) so that he doesn’t escape and wander into your piggy’s cage.

Remember, your hamster and guinea pigs’ well being is paramount and it is not worth risking their safety just to be able to ‘prove’ the experts wrong.

Trying to force a friendship between a hamster and guinea pig is likely to lead to trouble. The safest bet, if you want to bring both hamsters and guinea pigs into your home, is to plan to keep them in separate spaces.

A hamster can be content socializing with you during their playtime. Guinea pigs have diverse personalities. Some may cozy up with you on the couch for some TV time, while others will want to run around on the floor. Make sure both animals receive ample playtime, just not with each other.

Pets on Mom.com – Do hamsters prefer to live alone? 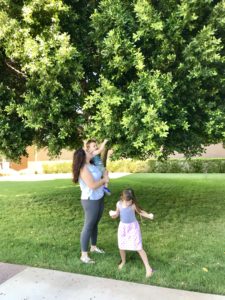